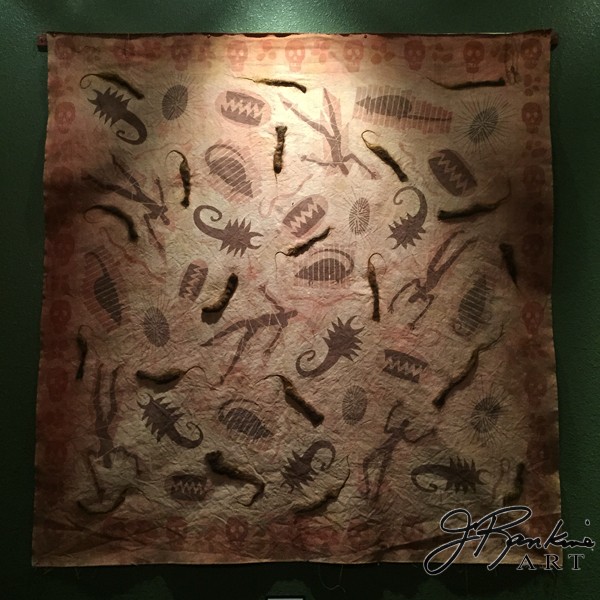 Did you use regurgitated cat hairballs in your wall hanging?

It was a question asked at the opening reception of my recent exhibit at Brews where a mix of old and new work is on display for the month of May.

“The Death of the Ego” was a wall hanging created in 1985 while living in Key West. It was part of a series of large canvas hangings created using a bleach, dye and stencil technique I developed. The hairballs in question, are actually the remains of my dreadlocks that I had shaved off and glued onto the canvas.

I was a white boy with dreads living in a tropical paradise, smoking copious amounts of pot and finding my voice as an artist.

It was also the start of the plague that wiped out many friends and fellow artists.

Which came first – the flower or the vase?