You are here: Home / Blog / Homage or Rip-off 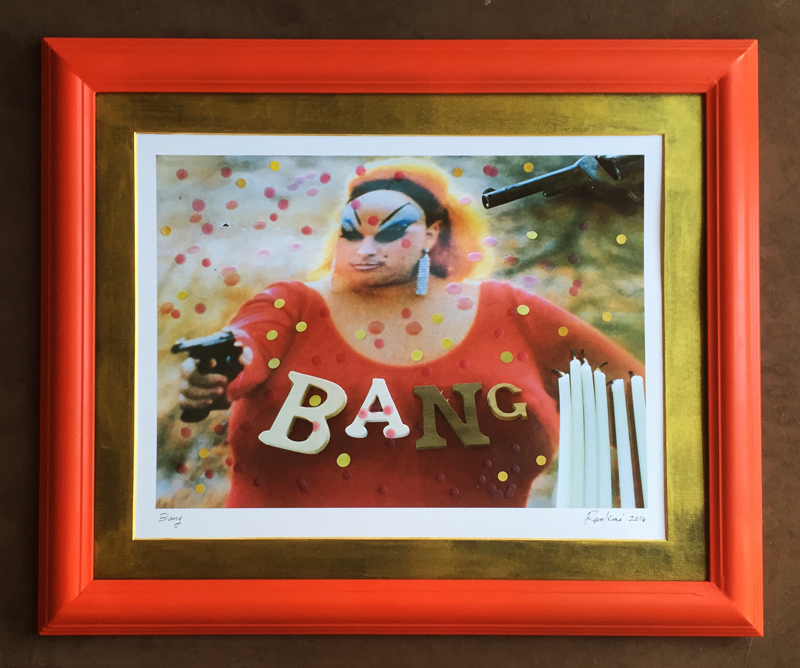 I was 17 when I first saw John Waters’ now classic 1972 cult film Pink Flamingos at our local late-night movie house. It made quite an impression on this teen from the suburbs of Toronto still struggling with his gay identity.

Last month, I took a detail from the movie poster and its iconic star, Divine, and altered it to make my own artistic statement. The question I pose to myself, and other artists – is that ethical?

“Bang” was a companion photograph for “Pendulum,” a mixed media assemblage piece I had done earlier. Both were created for the “2 Works/ 2 Mediums “ group show currently on display at Brews, where 12 artists were invited to submit two different works in different mediums.

Both works make statements about American gun culture and are displayed next to each other.

WWJWT – What would John Waters think?

The artist, filmmaker and photographer might not approve, but don’t think he would object. Waters himself has stolen iconic images he’s manipulated for his own subversive affect. One example is Waters’ 2009 “Hollywood Smile Train “ series where he’s superimposed cleft pallets onto photographs of Hollywood stars like Elizabeth Taylor and Tom Cruise.

I am not the first artist to play around with images embedded in our cultural psyche. I wonder how I would feel if I saw one of my own images altered by another artist. Pissed off or flattered? I really don’t know. 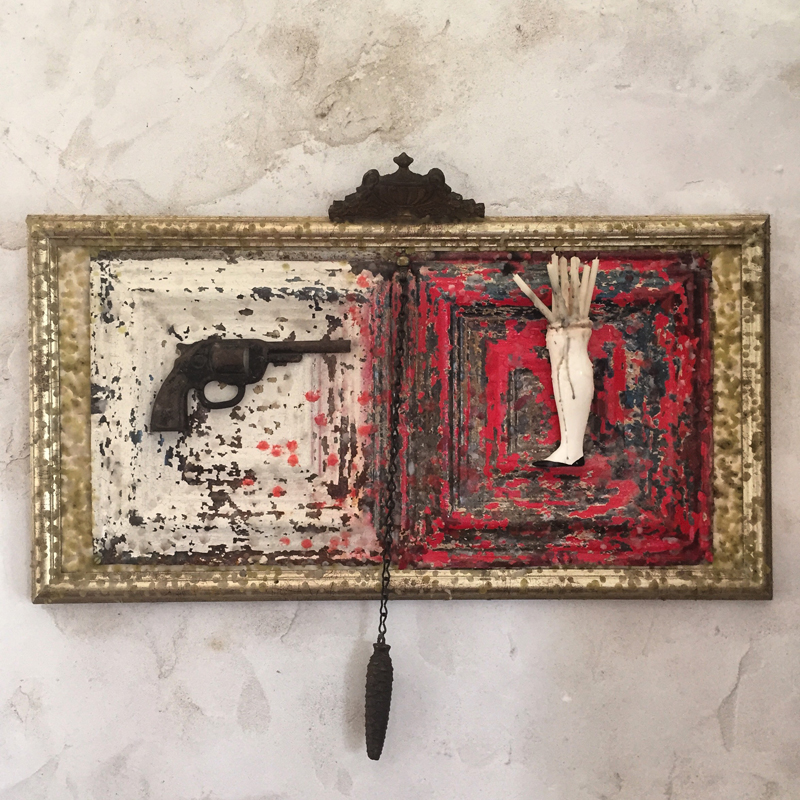 On My Morning Walk