John Rankine began exploring the visual arts in his native Toronto, Canada. Working at first in textiles, he developed a dye/bleach printing technique for a series of wall hangings, winning him a Canada Arts Council grant.

Relocating in the early 1980s to Key West, Florida, Rankine continued his exploration in printmaking. In 1988 he opened “Is It Art”, a gallery he ran and curated for more than ten years on historic Duval St.

Rankine had shows at the Fred Gross Gallery and Lucky St. Gallery in Key West and won Best In Show in 1994 at the East Martello Museum invitational with his mixed-media collage, “Shocking Untold Story.”

Rankine was enticed by the small arts-based community of Eureka Springs, Arkansas, and became a permanent resident in 1996. Now his assemblages reflected more of the natural world he discovered there. His “Smile Series,” shown at the Rococo Gallery in Eureka Springs, utilized the barn-wood, scrap-wood and bones found on his land. In 1998 Rankine created “Headlites,” an installation involving 25 individual found-object sculptures at Mud Street Café’s gallery space.

John took up the camera full time in 1999 as a photojournalist for the “Lovely County Citizen,” a weekly newspaper he helped found. He documented the community for the next seven years and wrote a regular column (Art Beat) for the newspaper on the vibrant art scene in Eureka Springs.

In 2004 he exhibited a series of portraits of local artists to wide acclaim at Lux Studio in Eureka Springs. The series was comprised of 60 portraits documenting 75 artists. During this time he also merged his interest in photography with his love of found-object assemblage, creating several series of work in the combined medium. This new combination won him Best In Show at the 2007 Eureka Springs Fall Art Show.

A retrospective of Rankine’s work was held in May 2005 at the Bell Museum in conjunction with the Eureka Springs May Festival of the Arts and the artist’s 50th birthday.

Rankine has also regularly shown at the annual White Street Studio Walk, and is an active member of the Eureka Springs artist community, participating in many group art shows and events. His contributions include two 8’x 4’ panels for the Artery wall in Eureka Springs.

He was also commissioned to shoot the 2007 Eureka Spring’s School of the Arts fundraising calendar involving local artists.

In November 2008, Rankine debuted his photographic installation “A Community At Peace” at The Space in Eureka Springs. In 2009 he received Honorable Mention from the International Photography Awards for the five individual portraits he submitted from the installation.

Rankine’s photography was part of a group show at Pentimento Gallery in Toronto in 2009.

Rankine was commissioned for a portrait series celebrating the young people involved in the Eureka Springs Carnegie Library programs. “Carnegie Rising” was unveiled in January 2010 to celebrate the library’s centennial.

In November 2008, Rankine debuted his photographic installation “A Community At Peace” at The Space in Eureka Springs. Rankine photographed 550 individual portraits of Eureka Springs residents while they visualized or prayed for peace and collectively used them in a multi-medium installation.

In 2009 he received Honorable Mention from the International Photography Awards for the five individual portraits he submitted from the installation.

A new exhibit of work titled “Beneath the Surface” debuted at The Space in Eureka Springs, Ar. in July 2011. The work was a combination of found object assemblage sculptures and photographs.

The exhibit was taken to Toronto, Ontario in September of this year for a one-man show at the Pentimento Gallery.

Rankine was awarded the 2011 Arkansas Arts Council Fellowship for outstanding achievement in the arts for his installation, “A Community at Peace.”

Rankine was one of 5 artists involved in Artist in Situ, a group show in November of 2011, involving three exhibition spaces in Eureka Springs

In 2012 Rankine debuted “Graven Images” a large scale installation involving hundreds of found objects at The space in Eureka Springs.

2013 includes photography shows at Arsaga’s in Fayettville, Ar. and The Stone House in Eureka Springs.

Rankine will debut new work May 10th 2014 at the “Artist Impression of the Mother,” a group show at The Space in Eureka Springs. 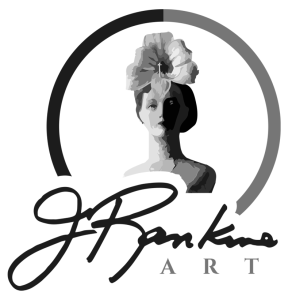