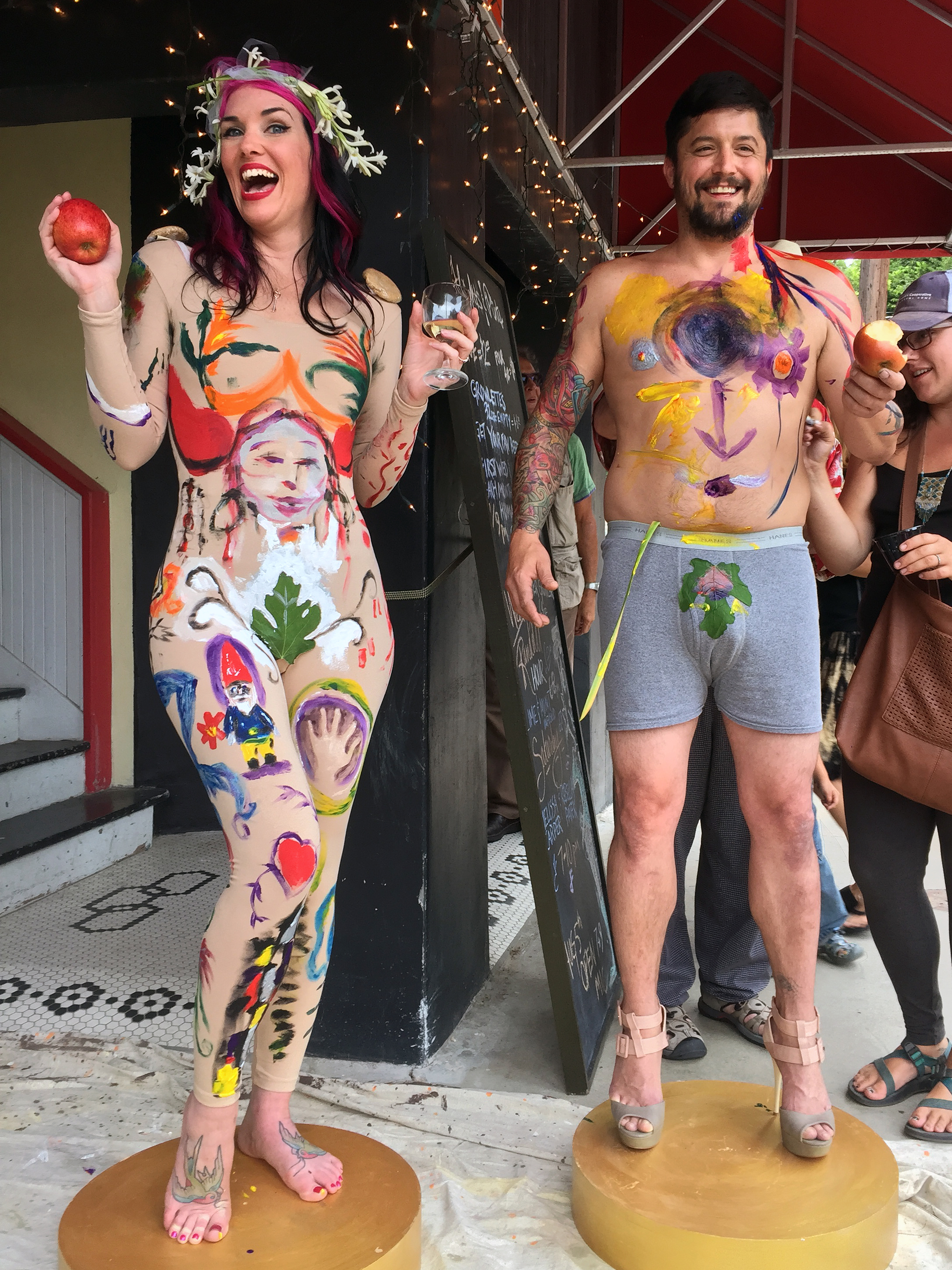 We placed a beautiful woman in a nude body suit, stiletto heels and a carefully placed fig leaf on a gold pedestal, then asked anyone so inspired to get creative with paint and have some fun.

The result was a spontaneous, interactive, spirited romp that had both tongues and tails wagging at the opening of “The Figure” show at Brews last Thursday.

Lilah Stiger was the muse for attendees of the opening reception who wanted to make their mark with the provided fabric paint and sponge brushes.

With apple in hand, Eve, the archetypal first woman became muse, model and canvas for everyone.

Someone asked, “so where’s Adam”? – and quicker than you can say high heels, artist Danny Coy stripped down to his underwear and appeared next to Eve, donning her stilettos, ready for paint.

Meanwhile, inside Brews, a wonderful group show focusing on the human form was going on.

This show will be on display for the entire month so stop down for a great coffee or artisan beer and check out the works of our local talent.