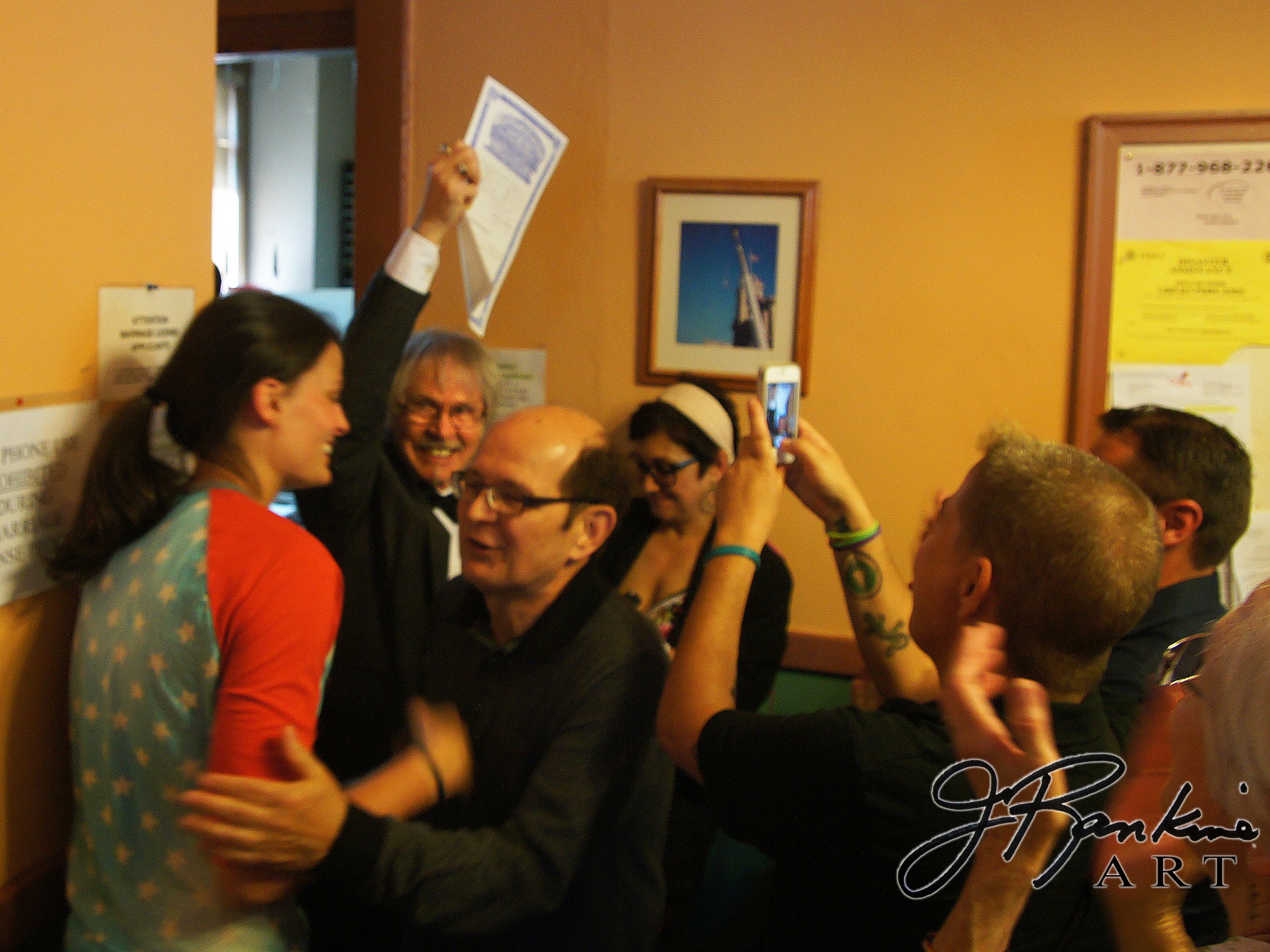 So Fayetteville passed its Non Discrimination Ordinance and now I’m suppose to feel all giddy that people have the right to vote for or against, what should be my basic civil rights.

Are you getting why the LGBT community is frustrated and angry and so tired of this bullshit?

And I don’t need to hear well-meaning comments from well-meaning people about “how far we have come, ” and “how love will eventually win.”

I’m tired of the Duggars, the Huckabee’s, the Randall Christy’s and Republican party in general, but especially the smiling neighbor who will cast his vote against me based on some backward religious belief.

And so we wait for the Supreme Court to make their decision on marriage equality, most likely at the end of this month. Nine members, four of whom are known homophobes, making a decision on who I can and cannot love and marry.

Pictured are dear friends Zeek Taylor proudly showing off his marriage license with long time partner Dick Titus. The couple were married last year in a small window which allowed Arkansas same-sex couples to legally marry. A “stay” by the Arkansas Supreme Court, making those marriages void and illegal was recently lifted two weeks ago.

So my partner and I, who were legally married 10 years ago in Canada, along with Zeek and Dick and same-sex couples across the nation awaits the Supreme Courts decision which could come at any time soon.

I feel giddy and pretty and gay!

Anyone, who isn’t me today.”

Can we really end hate?

A Few Words From An Uppity Faggot

Fear and loathing in Eureka